Is there any way I can block him so I don't have to read any of his postings or the replies thereon? Mods, is there anything that can be done? This had ruined the site for me and it's becoming unusable and I know I'm not the only one of this opinion.

Hat's off to you and my genuine commiserations Mind you I guarantee you Royalredtumbs will put a positive spin of some sort on this result.. He is going to become the most honest, outspoken GAA writer in the country. I have a feeling the GAA and RTE will live to regret trying to silence him, he won't hold back and newspapers are going to enjoy the sales whilst other media outlet try sticking to the robotic agenda the GAA want to promote. There are any amount of genuine, top class pundits out there without an agenda.

Up to 53 brothers could be involved in this weekend’s five games;13 in Connacht final

Thankfully this one is all but finished. I bet no one in Meath or Kildare has even a plan never mind a notion of what to do. If the GAA declares Dublin is self-financing it just means Dublin can and will have to go out and earn more money - for itself. And the Dublin sum used to support GDO's say 1. The issue is way way bigger than any of that. Unfortunately most counties are going to have to self-finance just like most Dublin clubs without any kind of financial support. Kildare for example should have renovated their county ground or better still invested in their GDO schools system, but no, instead they spent it on a stupid costly centre of Excellence which practically bankrupted them.

A plan, a budget, financial support and some targets of their money that is what is needed, begging bowls need to be kicked right off the table. Kildare has one of the best GDO schools and underage systems in the country. Hence why we are one of the strongest counties at underage and best u20 team in the country.

This is despite funding our own facilities. Something Dublin, with Leinster council bent over a barrel, never have to worry about. A little research will save you regularly making a fool of yourself. In terms of resources, I'm not sure we're as strong as you make us out. The pitches in our center of excellence are God awful and the first full sized all weather in the entire county was built this year fair play Leixlip. Dublin I understand have the leisure's of one of the countries top facilities in DCU? Now this hasn't always been the case and Dublin haven't always been the money and talent driven machine they are today yet Kildare's record is not good.

Follow all the action from round three of the football qualifiers LIVE with Eamon Donoghue . . .

Difficult too discern exactly who are Laois's bogey team in Leinster. The Munster football final this summer is unlikely to be overflowing with brothers in arms — at least not blood brothers. Please log in to comment. Dublin boss doesn't agree with talk of a diving epidemic in Gaelic football Aug 19th , PM 6, Views 5 Comments. Malone; C. The lowest of such being last summer when the spike of players fell back down to

This said, neither is Meath's, and any time I get into an argument with a Meath friend of mine on the topic, we end up with a ceasefire and conclusion that neither of us have been better than the other in our lifetimes, none of us have tasted success and bragging about the 70's or 80's or won't help bridge the gap to Dublin.

How many All Irelands have Meath this century? If the bandwagon Meath fans that travel only to senior games supported their underage teams instead of coming on forums to slag Kildare off every chance they get ye might actually win something at some level.. Funding from HQ has to be handed out with the amount of sponsorship a county receives kept in mind. Leitrim with little money from sponsorship should receive per capita more much much more than Dublin to help keep it somewhat fair.

This is before we talk about all Dublins other advantages, eg playing at home, no neutral game in super 8 ect. Every supporter, even Dubs should be coming out and supporting Mckenna, he seems to be the one voice sticking it to the GAA who seem hell bent on ruining our game having created a financially doped power house.

This Kildare team have made a lot of progress over the last 18 months. 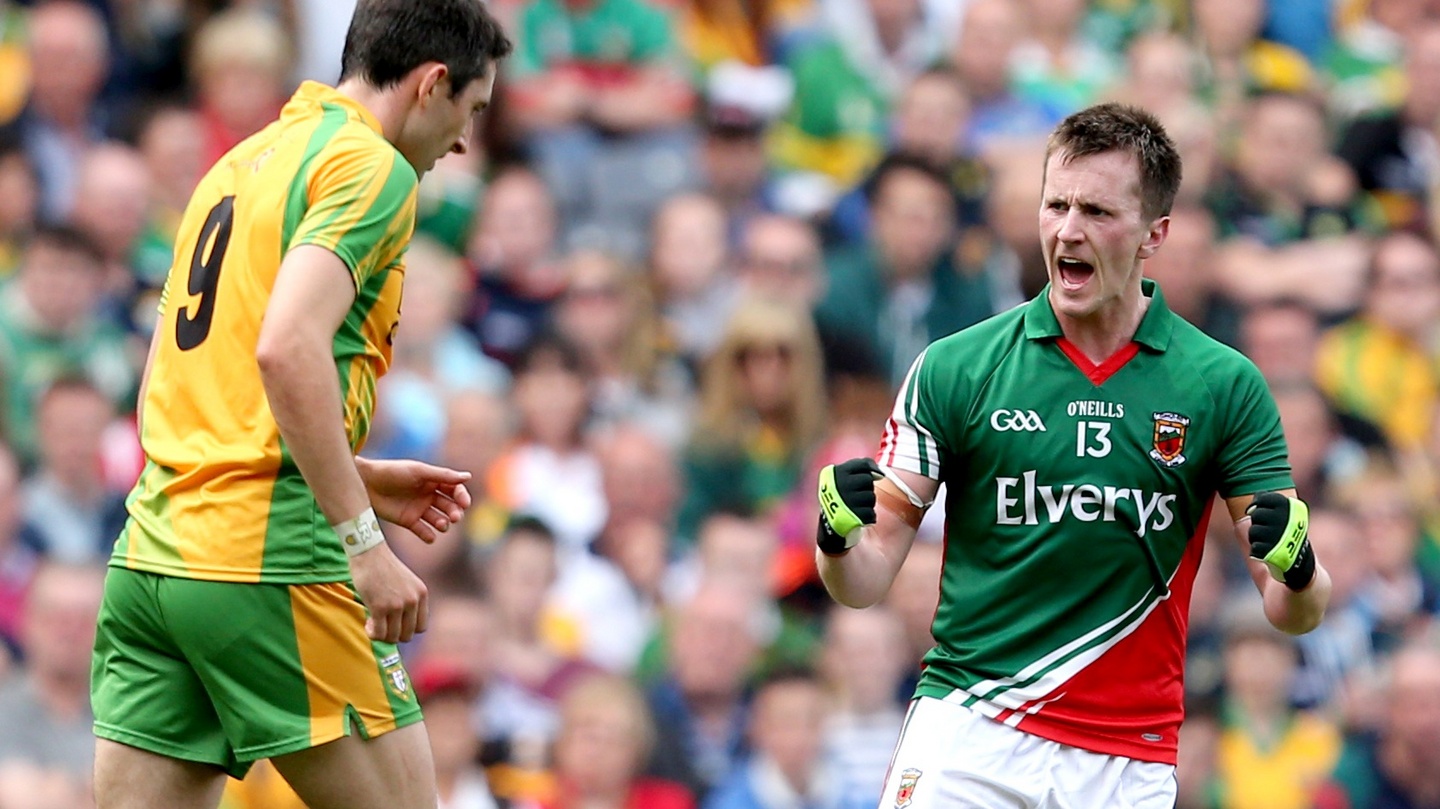 They waltzed through Division 3 last year, got promoted to division 1 this year and destroyed Laois and Meath. Dublin won as expected and did what all good teams do, went for the jugular earlier. This defeat will stand to Kildare on the long run if they keep the faith. As for the bitter posts from some of our pathetic neighbours? Maybe concentrate that energy sorting out your failure and shambolic state of affairs in your own county..

go site Jesus wept.. Anytime a team get promoted to div 1 for the 1st time in years you get a few gems from that county who think they have "arrived" at the top table..

A Meath team who, since the last time they were in a Leinster final , 5 years , have beaten 3 teams in the championship, the mighty Wicklow, louth, and Sligo, and it will be soon be 2 years since their last championship win of any kind.. I understand full well there are plenty of knowledgeable Meath posters who have a much tighter grasp of reality. Are you serious? Maybe have have a look at our results this year and compare them to the last time we were in div 2 before posting utter nonsense..

We are missing Paul Cribben only, all the others have left the panel, in D. Flynn case probably for good.

And yet another hammering from dubs in a championship fixed for them to win should see another 1 or 2 lose interest and leave.. Meath deserve their chance but its an inevitable conclusion that your young lads will get fed up and leave to have a life when they realise how futile competing in Leinster or All Ireland is.. Thats why i hope if not Kildare then meath win the Div 2 title because its the only comp we can win that is not fixed for Dublin to win.. At least not yet, although God knows Gaa HQ will probably find a way..

Dublin play where they're told and I'm not having a go at Dublin at all. Rather than tell you what games I'd move Dublin out of Croke Park, I'll tell you what games they should play there. Dublin and any team in Leinster for that matter should only be allowed to play in Croke Park for League finals, Leinster finals, 1 game of the super 8's while in place , an all ireland semi final and all ireland final. The experience of going to Croke park for a big game should be something to look forward to. Truth is Dublin play so often there now that even their supporters see it as a normal home game.

Teams gave up home advantage to play Dublin in Croke park in the Leinster championship in years gone by. Say Dublin played in Ulster, could you see any of the counties giving up home advantage? As for accommodating the fans, what would create a better atmosphere during a home league game, a packed out Parnell Park and buzz that goes with it trying to get your ticket or somewhere between k in Croke park when you can hear players calling for the ball?

Same goes for the super 8's. I think Croke Park has lost it's mystic anyways as things are. It's used too often. I don't even think that any team should be allowed to use it for the super 8's. Fundraising should be no issue and they have massive populations compared to counties in the west and from what I've seen far superior club grounds and facilities It will take time. Dublin's dominance on this current level won't last forever. Does any GAA supporter outside of Leinster have any Knowledge of what being an intercounty player in Leinster champ is like at all??

Roscommon and Monaghan have every chance of winning at least 1 or 2 provincial champ medals in every 10 years or so, even more.. Practically the same can be said for vast amount of teams in Conn and Ulster. Even in Munster, Cork will turn things around shortly id say and even Tipp and Clare, with maybe home advantage, a wet day, an off day for Kerry and a bit of luck, have some hope at least. London [a].

GAA Statistics: The AFL's 'Irish Experiment' through the years